Practical and funny- Dr.Arthur Volker about his work philosophy and the importance of few little tricks 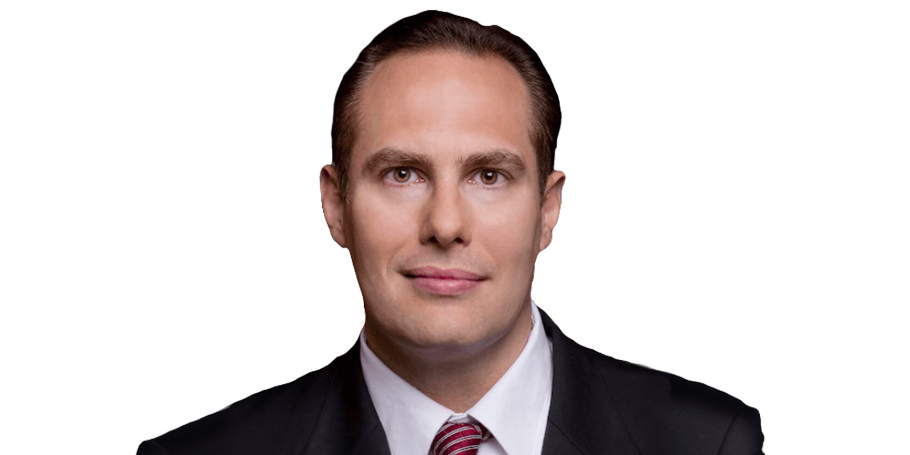 It’s an honor today to have Dr. Arthur Volker my good friend here… I’m just a huge fan of your posts. I mean, probably 60,000 unique dentists go there and everyone just lurks. And they’re afraid to post the case because you got to have some guts to post a case to have 196,000 dentists look at your case and say, “Hey, you did it wrong” or “I’d do it this way…” And if they’re cyber bullying, we have a report of use button and if you click that, lots of us look at it immediately. You post implant cases, amazing cosmetic cases, you put numbers on the teeth showing the symmetry. Seriously, you’re an amazing cosmetic dentist, but you were telling me earlier that you lurked for a while and only then you started posting.

Oh, absolutely. So it’s very funny that we were talking about lurking because I joined Dentaltown in 2004 at the suggestion of one of my resident advisors and he said, “You know, there’s a really cool website you should go to, because people can speak their mind there.” So I graduated from school in 2003 and I said, “I’m going to join this because I want to see something different.” And there’s a line that says, “You never practice alone again,” and that’s great, but you also really never practice the same way again. So for years, I would say from about 2004 to about 2013-ish, I lurked and I loved it. It was fantastic because I was exposed to so many people. I mean, obviously everyone knows I’m a big Jason Smithson fan, I was actually trained on the microscope by Dino. There were just tons of people who I learned from, I found these are the most amazing dentists that I’ve ever seen. And of course when someone like Jason posts, or Dino posts, or Melkers posts, you look and you’re just like, “That’s inhuman. I mean, no human being can do that.” But you go on over time and you learn more. So I decided to post some cases, just to test the waters. That was at the behest of a few people after a couple of my own residents … Because I taught at residency program in a hospital for a few years, they said “Why don’t you start posting your case on Dentaltown and see what they say?” And I said, “Are you crazy? That’s the worst idea I’ve ever heard.” But they did it and I got some nice feedback and some people asked me to do articles with them. And so I put some articles up, but let me tell you, being a lurker is not a terrible thing. But I’m so glad I posted because it really fined tunes what you can do.

You know, I always tell my four boys, when you come to a fork in the road, whichever one seems scary and uphill and hard, always take that. And the one that’s easy, and level or downhill, never take that … Always pushing yourself…I would say you do a lot of things amazingly well. What do you do well the most? What are you focusing on? I mean, what’s going to be your definer? Are you mostly cosmetic dentist, or a restorative dentist?

I don’t love the term, I think all dentists really strive to do cosmetic work. I mean, have you ever seen anybody brand themselves as “I’m the un-cosmetic dentist”? All right, but I try and enjoy doing anterior stuff. Again, I was very influenced by a lot of people. My mentor was a fairly famous cosmetic dentist, he would lecture with Irwin Smigel in the early ’80s. And I sort of followed under his wing and he taught me. Maybe it’s because I enjoy the immediate gratification of having some case, a patient walks in and then they walk out with a fantastic smile, or an improved smile. Again, I don’t love the term “cosmetic” because if you look at some of the surgeries, I think they’re absolutely cosmetic as well. But we strive to make everything as sort of beautiful as possible within the realm of the possibilities.

You know, they are all different … I like emergency room. I like toothache. I like to get them out of pain, do a root canal, crown, or pull the tooth. Some people like cosmetic dentistry. I mean, some people think a screaming 3-year old child is very stressful. Of all the 9 specialties, the one I would not do is a pediatric dentist. I would just give up my license and go home. But, close to that… a woman coming in who’s 40 and she wants to look like she’s 21, and she’s got all these pictures and things written down and she wants a cosmetic dentist to redo her tooth. Wow, I’d run. Would you do that case?

I don’t see why not… The biggest thing, without fail, about attempting a cosmetic case … All right, and I don’t think there’s a person on DT (DentalTown) who would disagree, is to manage expectations. I’ve posted several cases of insane diastema closures that I did using Dave Clarks’s Bioclear Matrix, of which I’m on the faculty so I do have a bit of a prejudice towards it. So you have to manage the patient’s expectations. How many times have I had patients ask for Julia Roberts’ teeth? Or, what was that Hillary Duff, remember when she had those big, very bulky veneers? I had patients who brought in a picture of those, and at first I though, “Are you kidding me?”, but you have to manage their expectations. And then if the patient wants those big, bulky veneers, as long as you’re within proper function, health, marginal integrity, you know, who are you to define what’s pretty? Let me give you an example. I’m married. What was wrong with my wife’s choice? She had no sense … So people will think different things are beautiful. So that’s how I approach that. 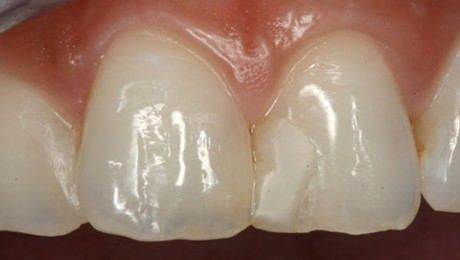 Now that you’ve just mentioned a company that maybe some of the listeners don’t know what you’re talking about, so let’s talk about the Bioclear…

Oh, right. So it’s a matrix system developed by Dr. David Clark. He is a bit of a mad genius. He has done a lot of stuff with microscopes.  So this Bioclear Matrix System is a way to do things like diastema closures, black triangle reduction predictably. And it’s a whole system. The thing I like is that he’s a guy who’s an independent thinker, but a lot of his philosophies came about from working under the microscope. So when he was under the microscope, he said, “It’s a whole different world.” Now I have been using the microscope for a while, about a year and a half now, and it is almost looking into a science book. And one of the things he saw was that traditional molar matrices, flat molar bands, a lot of times would leave ledges if you’re going to do diastema closures … Now, there’s some very, very talented people on DT who can do it that way, and we’ve seen cases … I just sit there with my mouth open like it’s the most amazing thing. But as you look in the microscope sometimes, you’ll see there’s ledges, plaque accumulation, so what he did, is he developed a rounded matrix system. Using a 50 micron thick matrix and you place it between two teeth, you follow a very, very specific protocol, including rubber dam removal of biofilm, and you can do composite fairly predictably. The reason I mention that is because I had such a case and I posted on Dentaltown on about an interdisciplinary diastema closure.

I’ll give them some low-hanging fruits, but first thing that I would say shoot for the stars. And by that I mean, attend a course by someone like a David Clark, go to some of the Cosmedent courses. So education obviously is the key. I guess another pearl that was one of the best tips I had gotten from my mentor was, “Always start at the two front teeth.” So one of the best things that I’ve always taught in my classes that you want the two front teeth to be as symmetrical as possible, right? I mean, it’s so simple, but all it would take sometimes is just sitting the patient up. So what does the patient do? The first thing they’re doing, they’re sitting up, they’re going to look in a mirror, all right. Take that view with them. If I’m going to do a case, if I have to level an incisor edge, sit the patient up straight in the chair, look at them just as I’m looking at you, and take a disk and level the incisor ledges. I find that that really gives a great sort of look to the teeth.

And another thing I would stress is humility. So many dental assistants and  dentists don’t utilize… So what other pearls and low-hanging fruit would you give to these people?

One of the other best pearls is…Practice on people … Practice your polish. One of the things I see that there are a lot of cases I don’t feel that I have the time to take the polish, not the final gloss, but the actual primary anatomy of the teeth and have that smooth. And a lot of times that can come from also an improper layering technique, but without question, the best thing I can do…  So, the thing is, humility definitely, accept other people’s criticism, and make sure those two front teeth are symmetrical.

Now I have posted a trauma case on DT, using direct composite. What do you do if a 7-year old boy walks into your office, with a fracture? Playing on the schoolyard, doing typical, dumb boy stuff, falls down, crack, hits the front tooth, chips the edge. I have actually known somebody who said, “I’m going to put a veneer or a crown on that tooth. I’m going to do the endo, and I’m going to go ahead and crown it.” And after, I was like, “Really? That’s terrific.” So I try to take a more conservative approach than that. So I would opt for, basically direct composite up until about the age of 18. Now, there are certain materials I think work better than others, I will tell you that, in composite, in terms of maintaining their shine. And certain polishing techniques I think that work better than others. But again, a lot of it is how you handle the material. 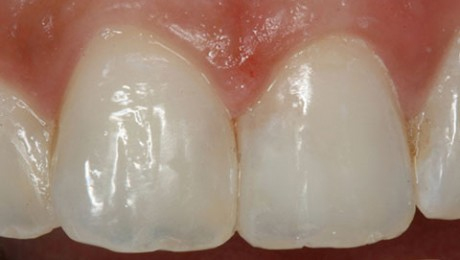 I think right now, given the current technology, I still think you cannot beat the polish of a microfilled composite. As a final layer, obviously we know it’s very weak, has a very low compressive and flexural strength compared to say a nano composite and certainly against a hybrid. The problem with that is obviously the large fillers make everything very dull, but then the small filler size of the microfilled composite really maintains the polish. So for microfilled, I think there’s two major brands, I mean, I am very much use the Cosmedent brand. They put out many different shades and translucencies …

So there’s a technique that’s actually called (and you can look it up on YouTube) the Rock Star Polishing Technique. Essentially, it’s the use of a Brownine Point that you would use to polish. A course pumice, and then you would use a particular polisher from Jazz. 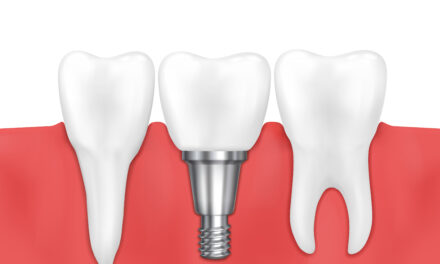 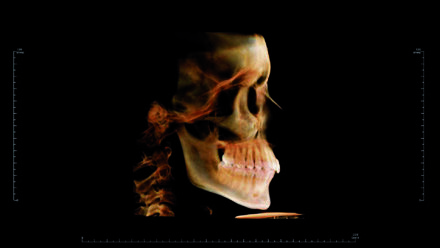 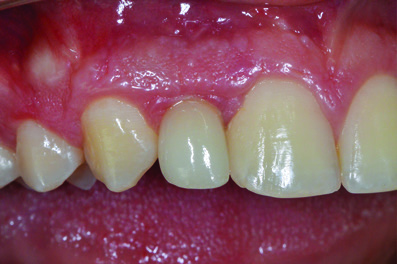 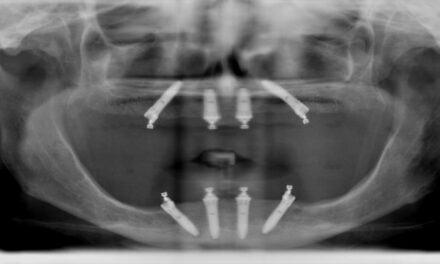 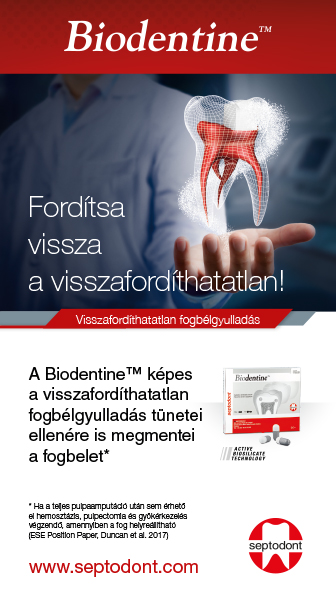